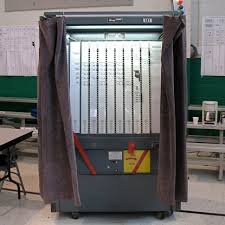 The Presidential election of 2016 is over, even if millions of people seem to be in serious denial about that fact.  An appalling example of this trend-to-tantrum is evident in the recount efforts in Wisconsin, Michigan, and to a much lesser degree Pennsylvania.  A number of pablum excuses have been offered up to explain the recount demands, usually based on some assumption that any hacking can be discovered and ‘corrected’ by the recount, that recounts mean improving ballot validity, or that denying the recount is somehow proof that Trump is unethical. This article is written to address those canards.

Let me start with the stated reason for the recount demands – in laughable hypocrisy, the Clinton campaign has said they will “participate” in the recounts, even as they assure people that they are not disputing the election results, and are not the parties asking for the recounts in the first place.

Jill Stein, for example, only raised $3.5 million by the end of October for her campaign, yet by last Friday she found $5 million for the recount effort.

There is no realistic way her supporters suddenly decided to become that generous.   The obvious truth is that someone funded the recount through Stein, to hide the true purpose of the recount.

Let’s also look closer at the ‘hacker’ claim that was used to excuse demanding a recount.  Speaking for  former Senator Clinton, Jill Stein said that ‘hacking concerns’ were the reason for the recount demand, which claim does not begin to stand up to inspection.

Especially amusing to me is that even as she demands recounts, Ms. Stein admits she has no evidence to support her claims.  She wants multiple states to do recounts just because she claims there was possible hacking, even though she has no evidence, experts agree the recounts won’t change the election results, and even though it wastes time and resources.

But let’s play along for a little bit.  Let’s look at the three states where Stein wants recounts; Pennsylvania, Michigan and Wisconsin.  If someone was to hack the election in those three states, how would they do it?

It’s not like they show on TV.   TV is there to tell you a story, not get into the hard facts of how something is done, especially illegal activities.  Let’s skip the question of why someone would want to hack an election (besides the candidates) and look at the logistics.

The recount crowd insists that there is something wrong with those vote totals in Pennsylvania, Michigan and Wisconsin.  Unfortunately for them, their argument is classic circular fallacy – ‘we lost, so someone must have cheated’ .   A lot of folks on the left seem to be claiming people’s votes were changed in the machine, so let’s start with the machines used.  If the election was hacked, it’s a big point for them to hack the same kind of machines, since machines from different companies will use different operating codes and processes, meaning what works on one type won’t work somewhere else.

OK so far, let’s see what the next two states use.

So already our hackers have to know coding for two different kinds of voting machines.  On to Wisconsin.

Wisconsin does not use voting machines in all places, and the state uses six different kinds of machines – the Optech Command Central Eagle, the Sequoia Insight, the Automark ES&S M100, the Automark ES&S DS200, the Premier Accuvote US, and the Dominion Imagecast Evolution.

So now our poor hackers are up to five different makers of voting machine, and eight different specific models, each with its own process code.

That pretty much kiboshes the idea that precinct-level machines were hacked.  And here’s a fun piece of trivia:  Sequoia, the company that makes all those voting machines used in Pennsylvania, also supplies voting machines to fifteen other states, but for some reason Stein and Clinton don’t want to recount votes in other states using Sequoia machines, probably because that would mean recounting states Clinton already won.

The next argument would be that someone must have hacked the votes at the state level.  You just need three access points, right?

That doesn’t work either.   Before each state certifies its results, they manually verify the precinct totals with the state tallies, so even if someone got in and changed the totals at the state level, they‘d have to fudge the reported numbers from the precincts … which would be caught when the manual review was done.

But this all becomes plain when you go all the way back to the argument made by those ‘computer scientists’, who claimed that the votes looked irregular when compared to the polling data.    I went to Real Clear Politics and looked up the state polls.  These are the state polls reported by RCP over the last month before the election.

I then counted just the most recent poll from each agency for a state.  In all there were 204 ‘final’ polls reported for 37 contests.  Here are the results for six states, three of which are the states for which Stein/Clinton want recounts, and three are for states Clinton won:

Note that in all six states, Trump outperformed his poll averages, and there was significant average undecided response to polls even at the end of the campaign.  Note that in five of six states, Clinton also outperformed her poll averages.  The data is consistent with two candidates with high unfavorability numbers whose supporters may not want to confirm support for the candidate.  Note also that the vote to poll performance is consistent within standard margins of error used in polls, debunking the claim that the vote results were incompatible with the state polls.  In fact, Trump’s performance against state polls was very consistent; in 204 polls Trump’s performance beat poll numbers by an average of 5.69 points, and Undecideds made up an average of 7.11% of all poll responses.

The noise about recounts is just more whining from Democrats and Socialists who cannot accept that they did, in fact, lose the election.